Please find below a playlist for the very first  broadcast of Floating Radio.  I hope you like it.  These selections stake out some territory for what Floating Radio can become.  For a general idea of what you might expect to hear on this show, check out the About page.

The opening track this week is Impressions of Footfall by Origamibiro, a Nottingham, UK collective of musicians, sound artists and visual artists.  I think this is a great selection for demonstrating how the inclusion of field recording can add depth to contemplative listening.  It blends nicely into Peter Broderick’s four track recording of Piano and Rain for the same reason.  Rachel Boyd‘s 2011 Push Through Little Bee is a summertime favorite that also includes wonderful allusion to field recording and some interesting phrasing on strings.

Max Richter’s Infra 2 (2010) bookends this show’s academic selection this week of the landmark The Sinking of the Titanic  by Gavin Bryars.  This was the second release on Brian Eno’s Obscure Music label way back in 1975.  It’s over 20 minutes long and weaves together oral history and ambient music in a brilliant composition.  Bryars has said he was inspired by survivor accounts recalling the distorted sound of the band playing as the ship sank.  I think he does a masterful job of recreating an impression of the resonance of the ship’s hull, and how that music might have sounded as it traveled through the water that woeful night.  Jóhann Jóhannsson‘s The Drowned World seems an appropriate follow.  I still feel his passing earlier this year, and I’m glad his work is included here.

Scale of Volatility, from Emilie Levienaise-Farrouch‘s 2015 album Like Water Through the Sand and Ryan Teague’s 2014 title track Block Boundaries  seem two perfectly matched syncopated tracks before slowing down for a pairing of Icelandic acts with deep ties and close collaboration.
In building this week’s playlist, I pulled from some of my longtime favorites — Hildur Gudnadóttir‘s Casting from her 2010 album, Mount A, and Múm‘s 2004 Green Grass of Tunnel .  The album, Finally We Are No One has been on steady rotation for years.  Though Floating Radio de-emphasizes a more conventional singing, I just love this Múm song and, HEY!  I have a radio show!
William Ryan Fritch is a new discovery of mine, and I’m enjoying his 2014 recording, Leave Me Like You Found Me.  I’ve selected Sun on Cold Skin , also with some interesting vocal work, for this week’s show.  I  may feature more of his newer work in the coming weeks and months.
More amazing vocal work by way of Julianna Barwick‘s Vow.  She’s awesome and I’m a big fan of all her recordings.
And another long-time favorite for evening listening, Starts of the Lid‘s Mullholland from their 2001 album, The Tired Sounds Of…
Three tracks that I think work especially well together, E Ruscha V’s Lights Passing By from Who Are You (2018), Hauschka & Stefan Schneider’s Common Exposure
(2010) from the incredible sampler series called Explorer’s Club off of the LoAf label, and Slow Meadow‘s 2017 track Ships Along the Harbor from Costero.
Natalie Holt is an incredibly accomplished composer, but I’ll confess she’s a new discovery for me.  I watched a bit of the BBC series “My Mother & Other Strangers” and I appreciated right away the unhurried and intelligent soundtrack.  I looked it up and, though it was difficult to find, I managed to locate a ‘pay what you like’ download.  I think Andrew Bird‘s Echolocation albums are outstanding.  I’ve been listening to the second installment, Echolocations:River for several weeks and something about it seems to really complement Natalie Holt’s Rose Theme.
I close out the show this week with a couple up-tempo songs to help you greet your day!  Amiina is another long-time favorite of mine, so expect this Icelandic group to be a mainstay.  I love this track, Crocodile from their 2016 album, Fantômas.  Haiku Salut, an all-female trio from Derbyshire Dales, UK is another favorite of mine.  Los Elephantes from their debut release, Tricolor (2013) is a personal and family favorite, so it closes out the week. Artist: Múm
track: green grass of tunnel
Album: finally we are no one
Year: 2004 Artist: stars of the lid
track: mullholland
Album: the tired sounds of
Year: 2001 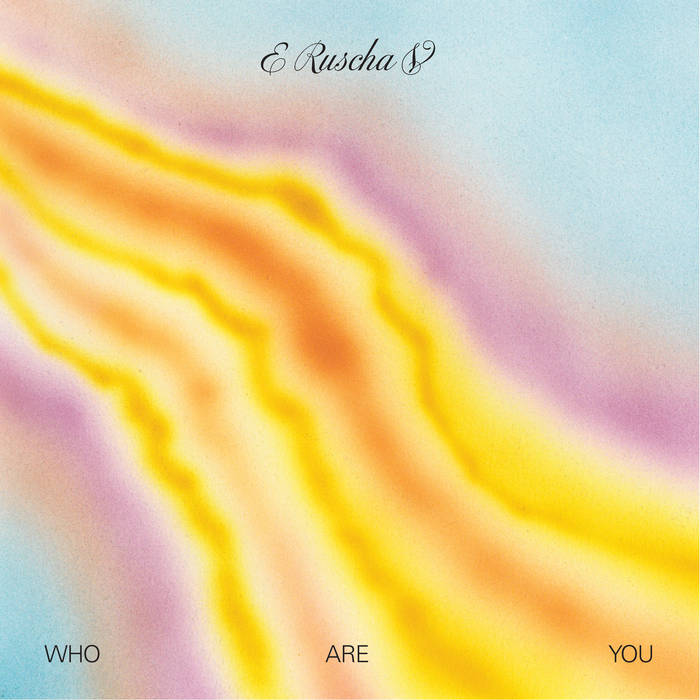 Artist: e ruscha v
track: lights passing by
Album: who are you
Year: 2018 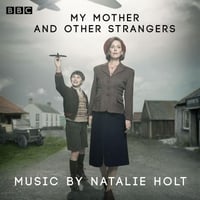 Float by again next week to hear Anna Rose Carter, Hauschka, Nils Frahm, Gabriela Parra, and a quick homage to Moondog.  The academic focus for the week is Pauline Oliveros — we’ll hear from her classic Deep Listening work with Stuart Dempster and Panaiotis, as well as her collaboration with John Most.  Meanwhile, if you’d like to recommend music for a future broadcast, please drop me a line.  Thank you for listening.

This site uses Akismet to reduce spam. Learn how your comment data is processed.